I am particularly enjoying seeing the new still life paintings by Rosemary Lewis and also love seeing the photographs of her work in progress. Rosemary Lewis has shown with us for many years. You may remember the small objects she painted (which sold so well) – groups of clear plastic lighters, marbles and crayon’s, jar’s of honey, lollipops.. – nostalgic and translucent materials observed so faithfully. So to see her producing a new series of flowers – I was interested to hear what had prompted this new choice of subject matter – and she shared the following with me (wouldn’t these paintings make a wonderful Mother’s Day gift?!).:

“Since returning to painting in 2018, I have been increasingly drawn to painting flowers, not only for their beauty and emotional associations, but also for the seemingly endless variety of form and colour that they provide. I am a realist painter – accuracy in recording my visual impression is very important to me. When I see, I also feel, so it makes sense to me that in order to communicate those feelings, I must present the viewer with a close rendering of what I see before me. However, my paintings are deliberately not very detailed – on close inspection, there are visible brushstrokes which merge into a recognisable image when the painting is viewed from a distance. This is the type of realism practiced by two of my favourite painters, Henri Fantin-Latour, a late 19th Century French painter, and Sir William Nicholson, an early 20th Century British painter. Both these artists used flowers extensively in their work. Often the flowers are depicted emerging from a shadowy background which creates depth and atmosphere.

Recently I have added a shadow box to my studio, where I can control and experiment with lighting, using either daylight or artificial light, to create a range of light conditions, each with its own particular feel. The flowers are either bought from my local florist, or grown on my allotment. Those that I grow myself have particular meaning for me as I have nurtured them from seeds. The first flower painting I made in January 2019 was of calendula – the last survivor from the summer of 2018 which had carried on flowering through the winter. I followed on with spring flowers; tulips, primroses, heartsease, daffodils, the flowers brightly lit against dark backgrounds which came to represent for me the re-emergence of light and colour in the world after the dark days of winter. In the coming months I plan to bring more flowers and natural objects into the studio so that I can celebrate the passing of the seasons.” – Rosemary Lewis

Rosemary Lewis has just had a painting preselected for the RBA annual open exhibition. 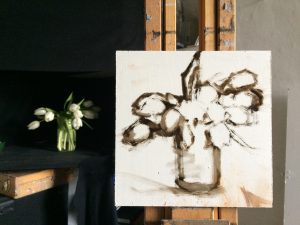 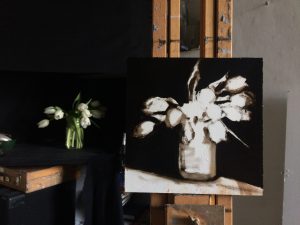 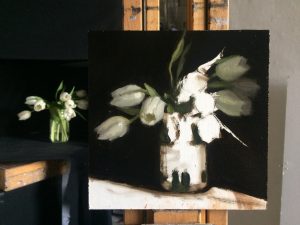 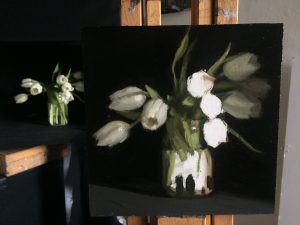 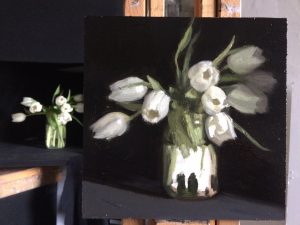 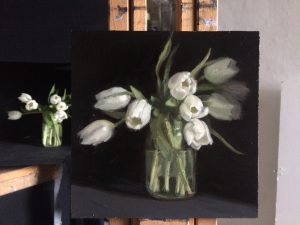 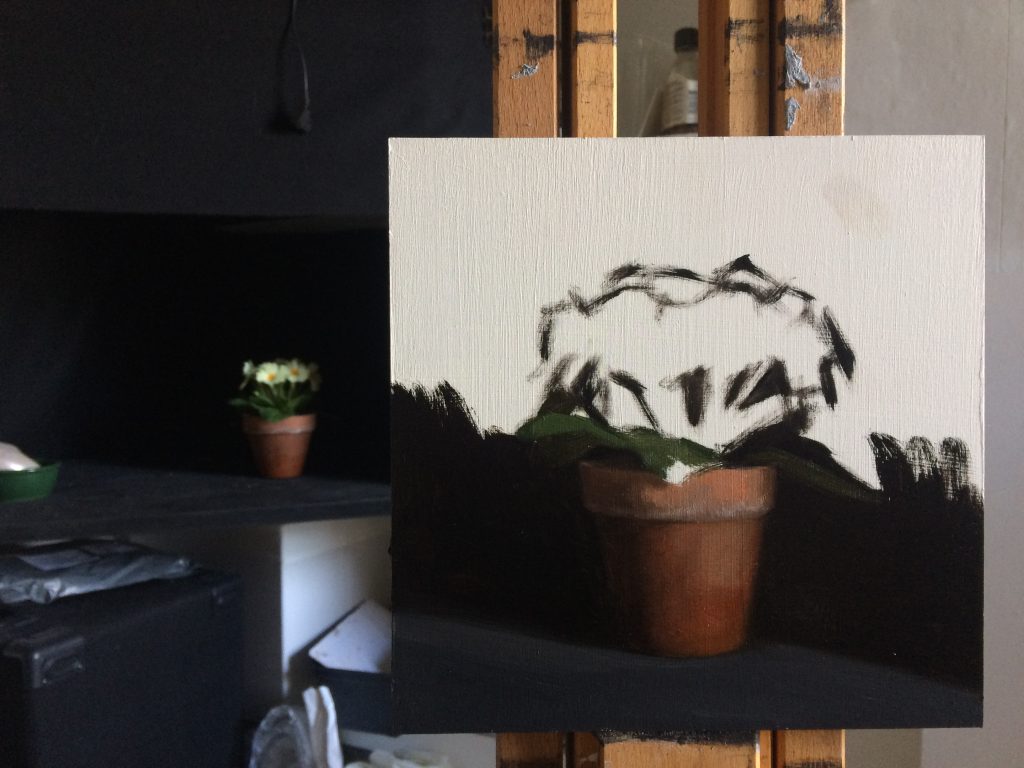 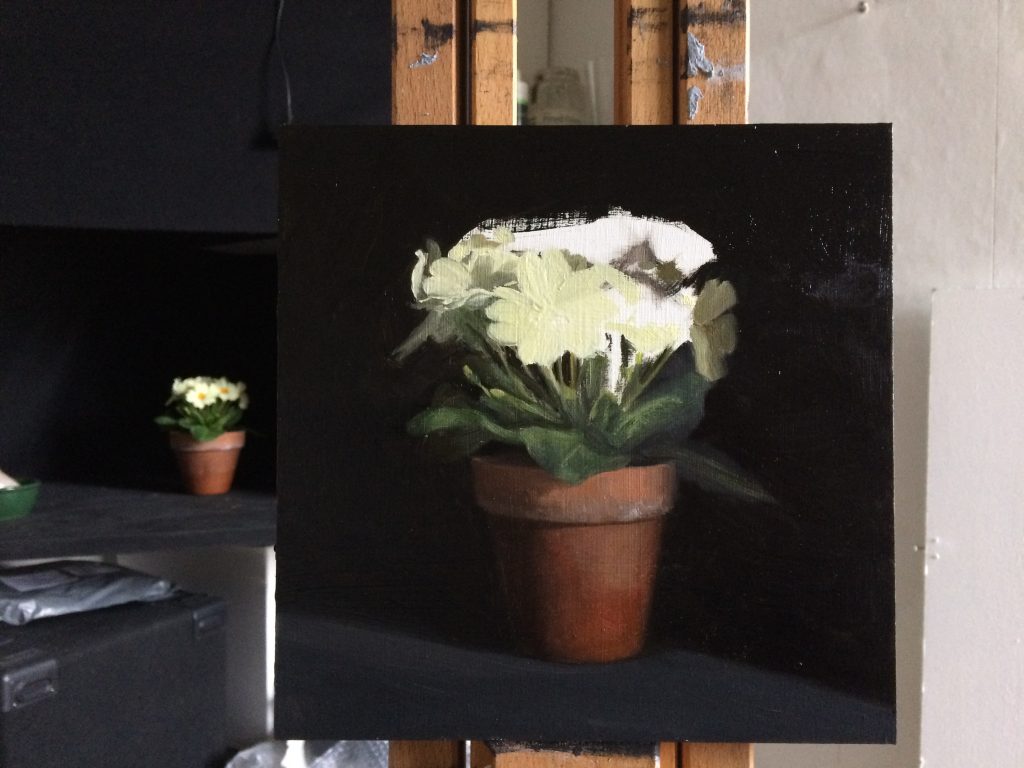 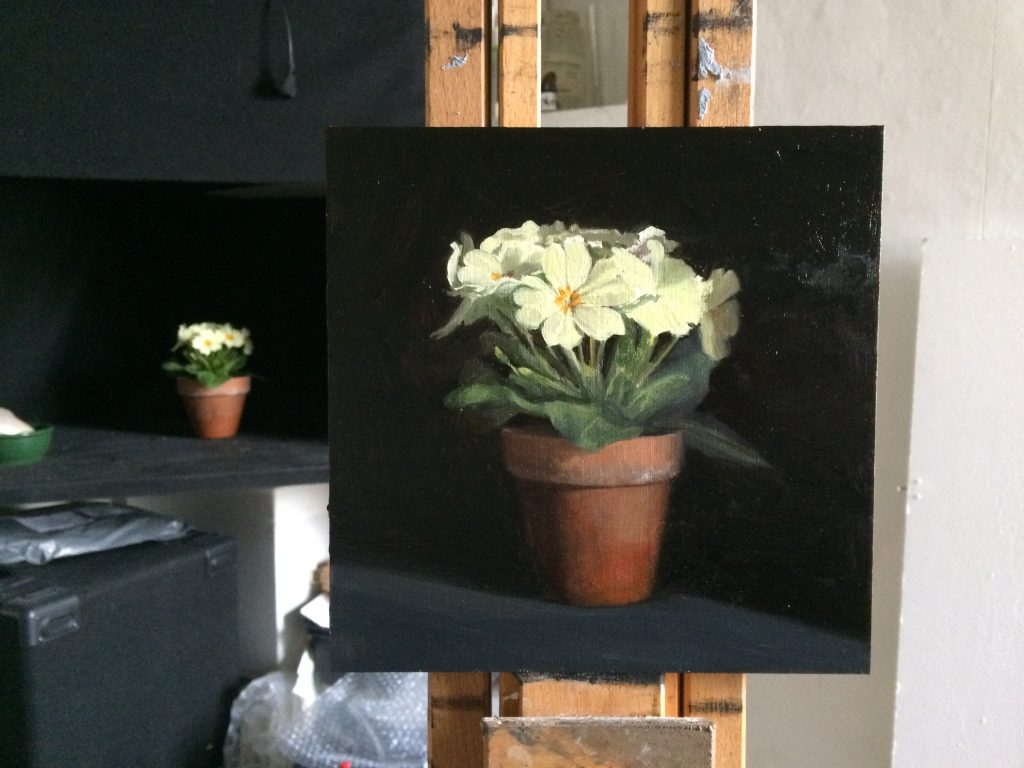 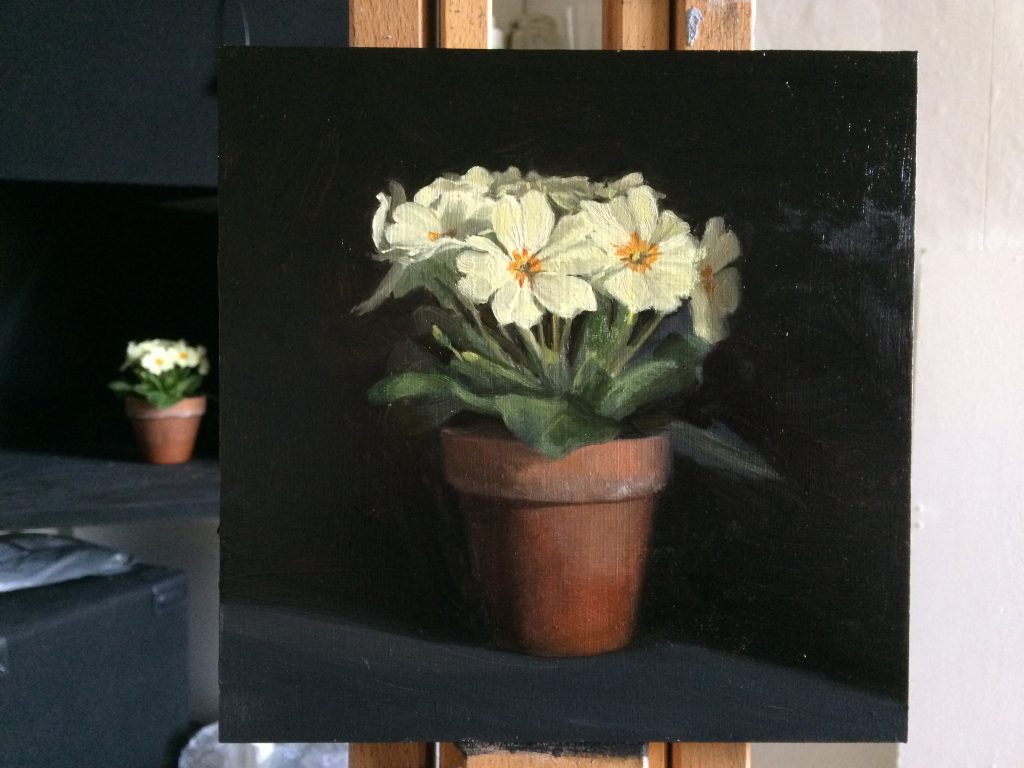 In the studio with 2020 Falmouth graduate Emily Clarke


Images from Olivia's trip to Jakarta


The degree shows are a culmination of art students work over the course of their degree studies. This time of year Sarah scouts for exciting emerging...


"I am painter who creates landscapes from imagination and memory to evoke a feeling of familiarity. Oils are used to build up layers of repeating shapes...


You may have read about Nicola Wiltshire recently in The Guardian, where she was named as an "artist to watch" (May 2017). She was also been described...


Stage 2: I photographed this and printed the image with an industrial-sized printer. I cut back into this, cutting everything out that was orginally cut...


"As flickers of starlight in a constellation of living bodies, the figures in my paintings are solitary, but not alone. The inward moment they are captured...


This was the first of two solo shows I have coming up this year. The opportunity to use an entire Gallery space to show a body of work is valuable on...