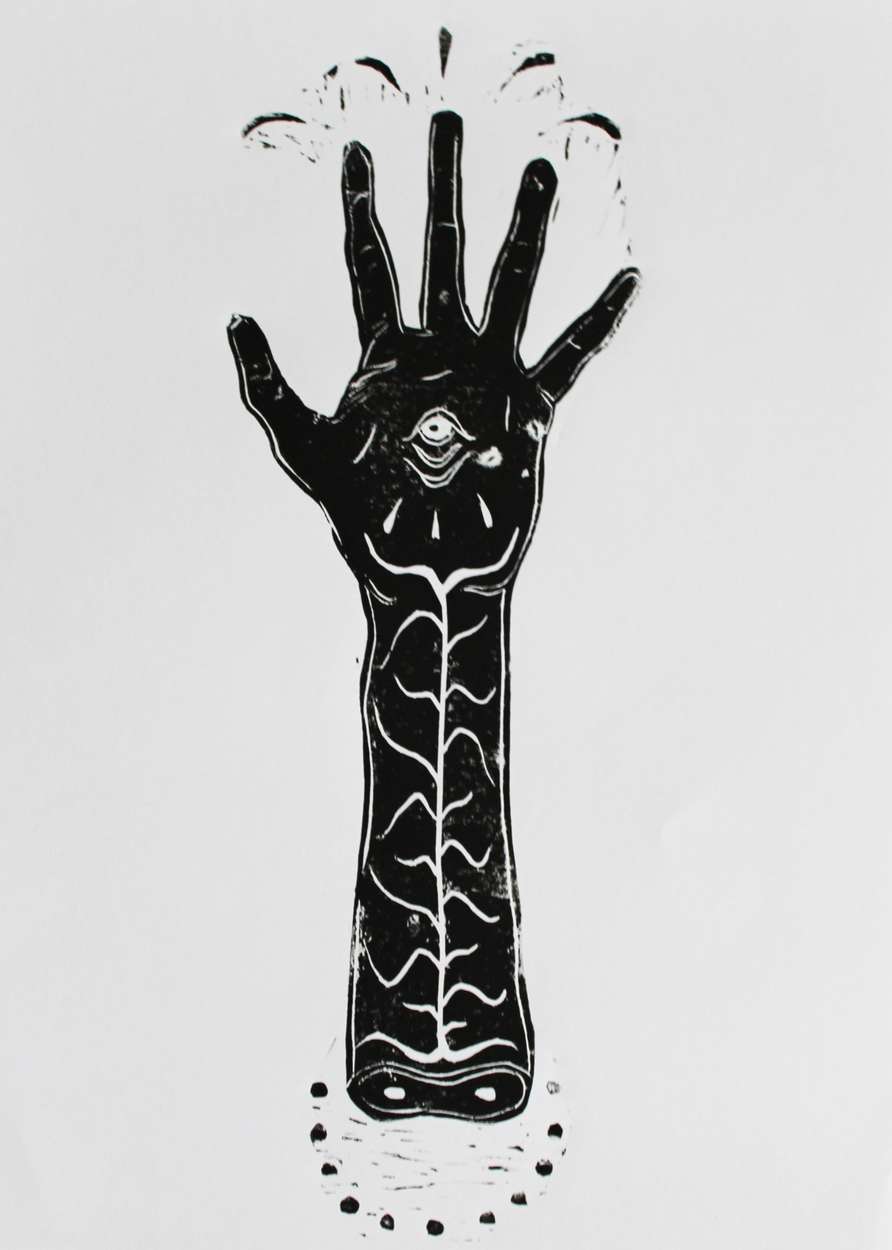 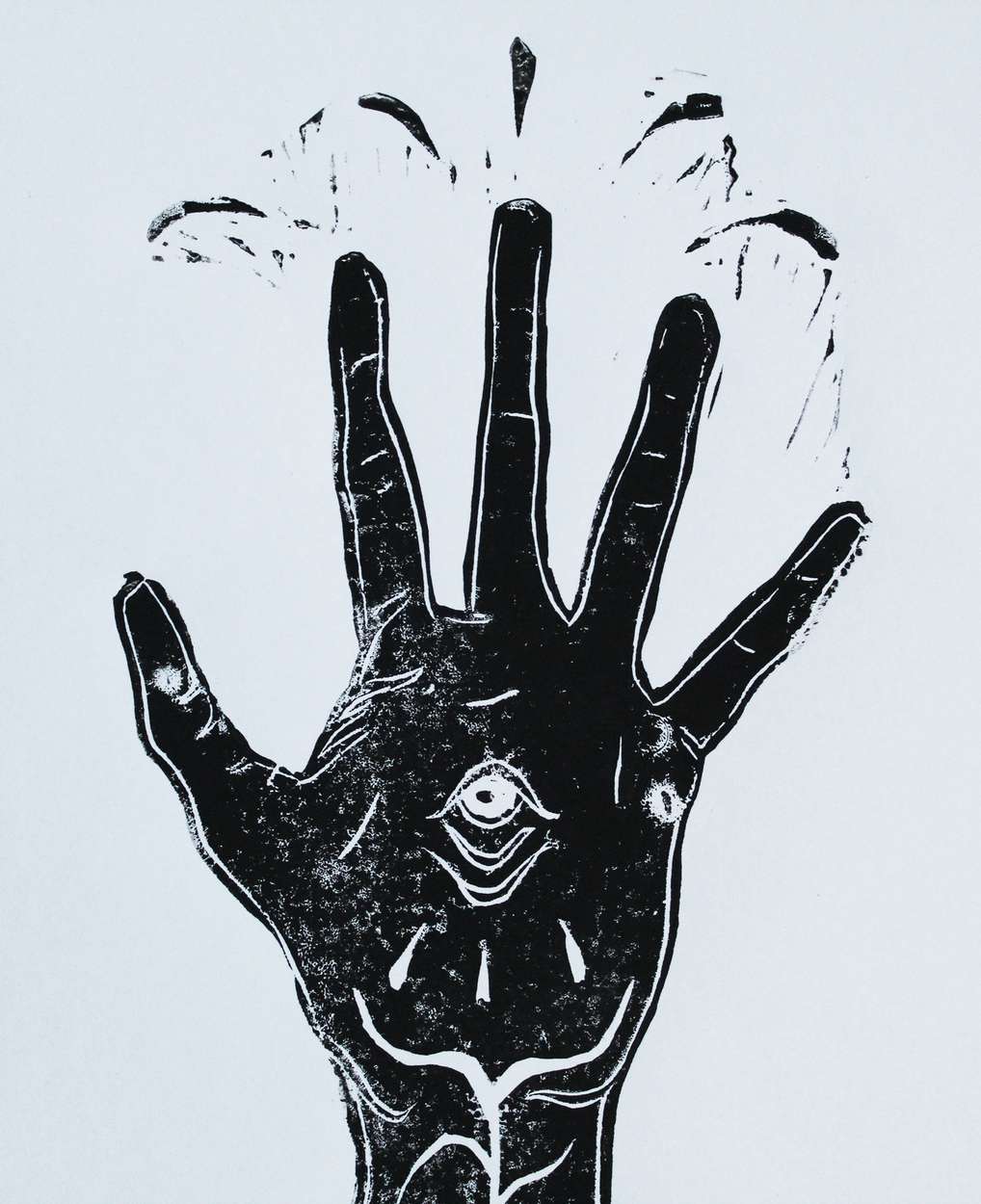 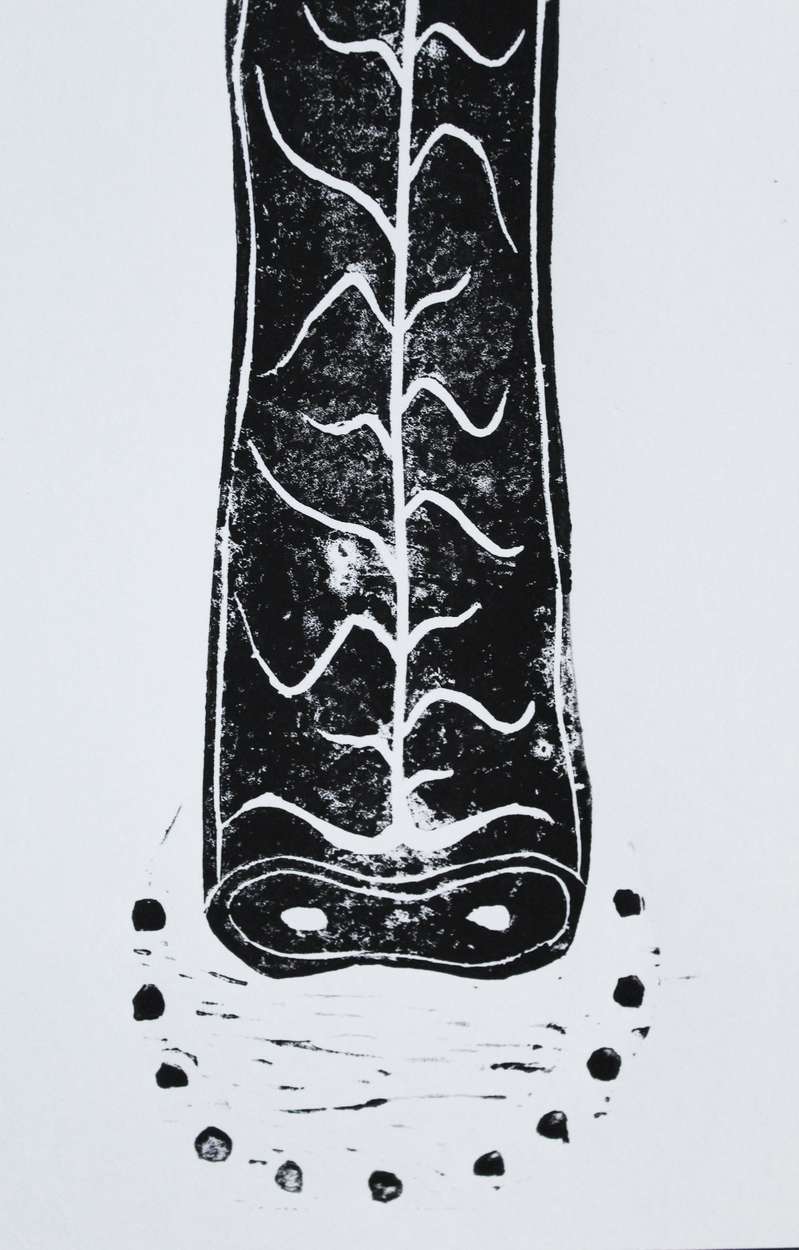 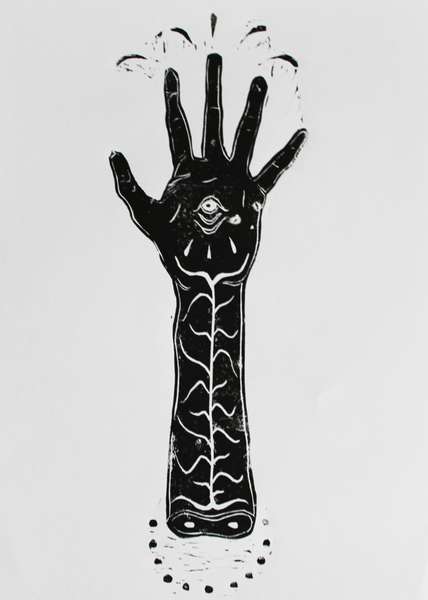 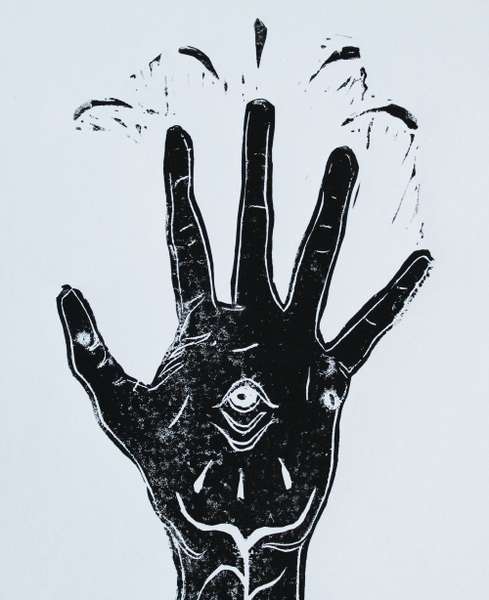 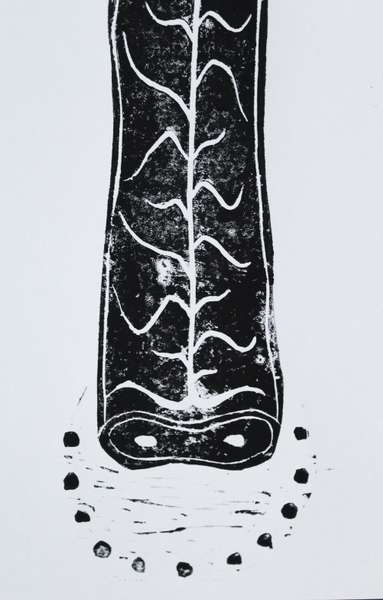 Limited edition print in ink on cartridge paper in a total edition of 10.

Absalom’s work explores the themes of religion, dogma and the supernatural through her contemporary interpretation of mythologies, iconography and an investigation into the theory of collective dreams. The artist conjures this collective synchronicity through the performativity of body gestures, shapes, colours, abstract words and sounds, which, in their essence are meaningless, yet have been adopted into the shared ritual of human society since ancient times.

In addition to exploring the effect of religion upon traditional art forms, this investigation expands into the reflection of Judeo-Christianity on the aesthetics of the grotesque and horror, specifically in 20th century cinema. Absalom aims to present a classical yet surreal interpretation of dystopias and apocalypses within the framework on contemporary concerns; political, social and environmental. Absalom’s work aims to invoke a sensation of the uncanny by using the dense, overly saturated flatness of Byzantine iconography, in stark contrast to the Flemish Primitive style of her figurative rendering.

Alongside Byzantine and Flemish artwork, the artist also draws a great deal of inspiration from Renaissance painting, Surrealist film/painting, and the installation-like qualities of religious spaces, particularly Cathedrals. Absalom works with oil paintings, woodcuts and short films with recent experimentation into collage, sculpture and installation. 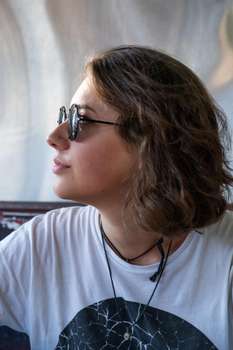 / the WHITE HORSE of PESTILENCE /

The Will of God II