“look after my ride, kid” by Alan Aitken 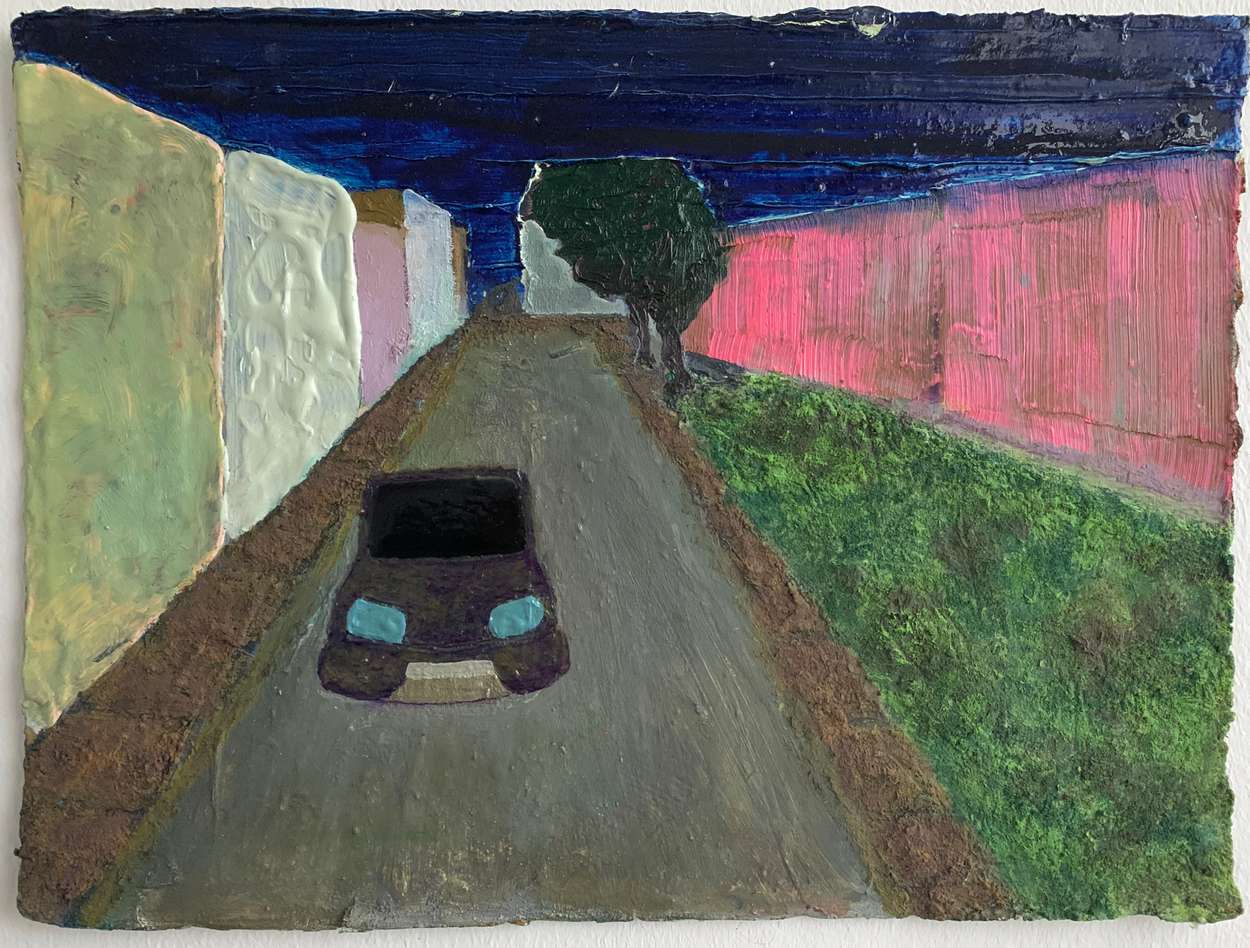 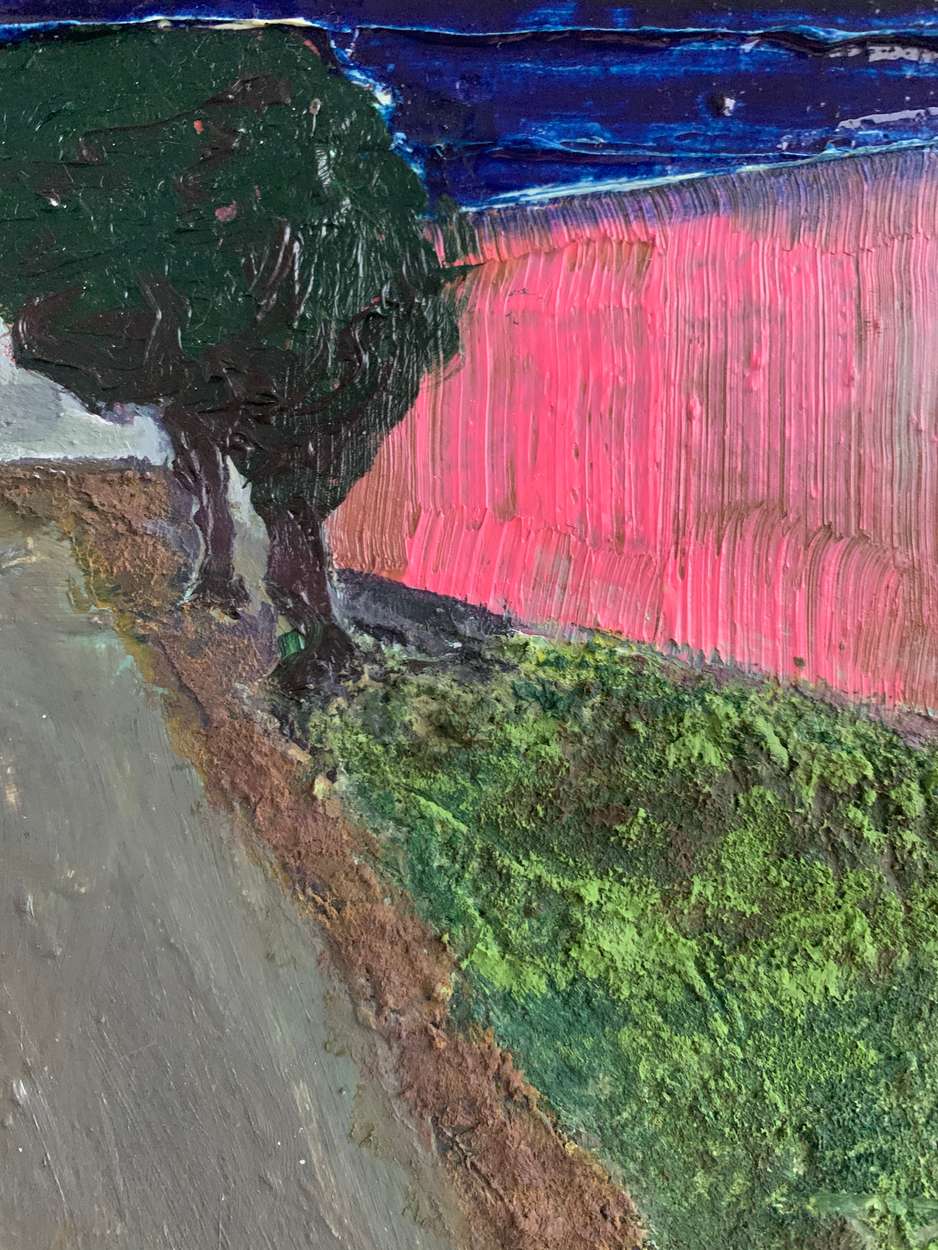 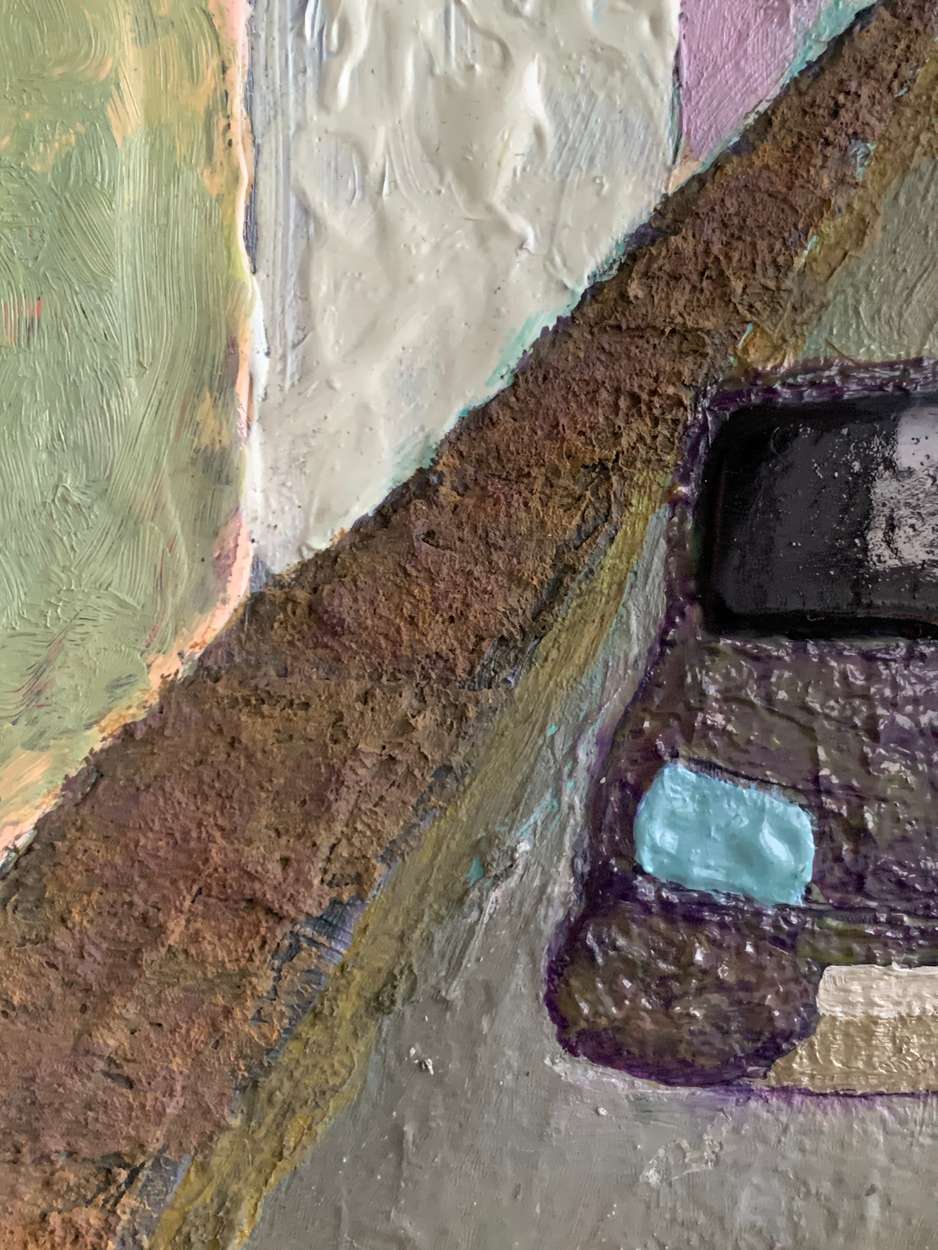 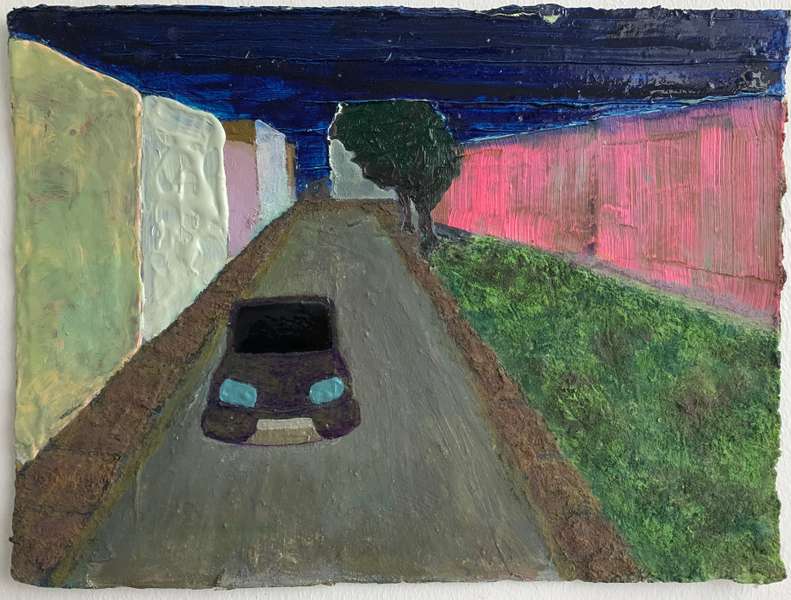 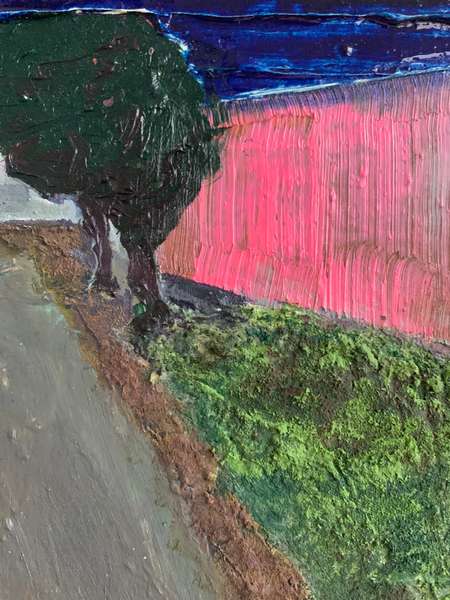 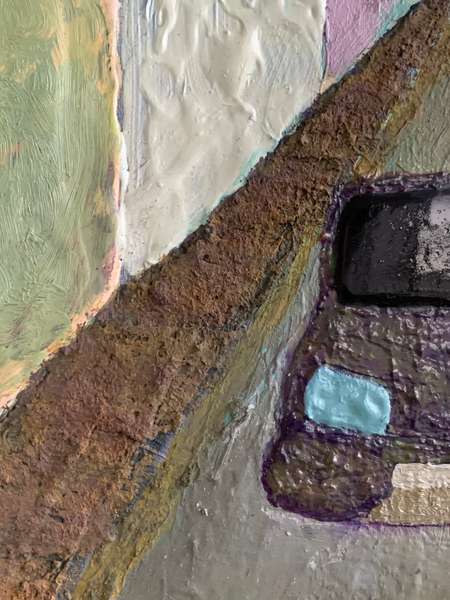 Original painting in oil on paper.

Aitken’s work derives from concepts of mundanity and day to day living. His source material is gathered from film stills, often bleak in narrative. 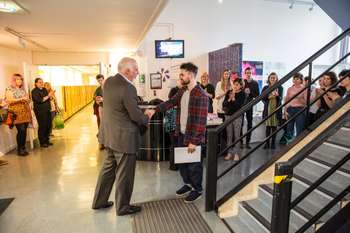 “look after my ride, kid”