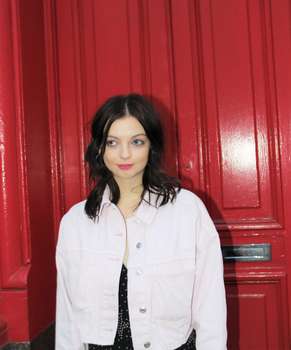 Ellie Niblock has just completed her MA in Fine Art at Central Saint Martins. She has participated in both solo and group exhibitions nationally and internationally, including The Victoria and Albert Museum, Tate Modern and The Mark Rothko Centre. She was the first artist form Northern Ireland to be awarded an art residency to India in 2016 by The Arts Council of Northern Ireland and The British Council. Ellie recently sold one of her works to The Arts Council of Northern Ireland for their permanent collection. Ellie approaches her practice in a way that conceptualises and builds a pseudo-scientific space that borders the line between fantasy and reality. She works in sculpture, installation and moving image. The relationship between the different elements to her work ultimately offer an insight into the connection between the human, material and digital technology. This amalgamation defines her desire to discover utopian fantasies. She is interested in visualising the invisible, thus making something intangible become tangible. Ellie is excited about the future of touch and technology and she plays with possibilities around this.